Since 2000, the AFL has changed shape and form in many different ways. However, something that hasn’t changed is that the success of each team fluctuates over time, as players get older or leave and rebuilds occur. This is every AFL team’s best period of form since 2000 all the way up until 2018, where we evaluate the point at which your team was at the peak of their powers. 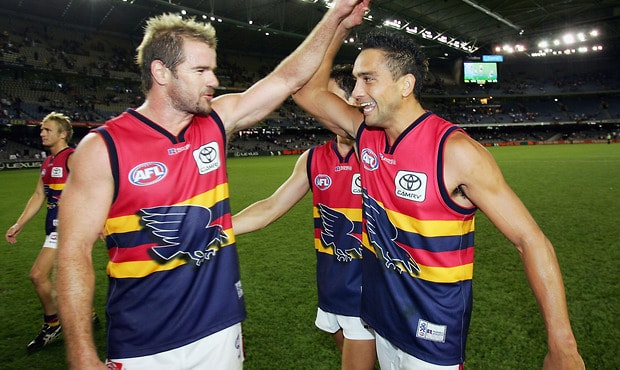 The Crows had their most successful period of this era in 2005, winning 10 games in a row to secure the club’s first  McClelland Trophy, beating out West Coast to be the top team at the end of the home-and-away season. Their streak would come to an end in the first week of the finals, falling to St Kilda in the First Qualifying Final.

In what arguably started a hugely successful period of three consecutive premierships, the 2001-02 Brisbane Lions managed to string together a colossal 20 game winning streak from Round 10 2001 to Round 4 2002. It began with the huge scalp of Essendon, the reigning premiers of 2001 in a game that would be remembered for Leigh Matthews’ famous “If it bleeds, we can kill it” speech. The Lions, led by champion Michael Voss and stars Simon Black and Jason Akermanis among many others, would continue their streak into the finals and would go on to take the 2001 premiership and thus start a footballing dynasty. Carton’s best winning streak of the 21st century came all the way in 2000 before salary cap sanctions crippled them success wise. Their win streak helped them to the second spot on the ladder at the completion of the season, behind the dominant Essendon who had lost just one game for the season- a team that Carlton had managed to defeat in the previous year’s Preliminary Final. The Bombers would get their revenge on the Blues, however, winning by 45 points to knock Carlton from the finals.

The 2010-11 Collingwood team was arguably one of the best teams in the modern era, winning back-to-back McClelland Trophies to go with premiership success in 2010 over St Kilda. The 2011 team was no different, bolstered by the likes of Dane Swan, Travis Cloke and Scott Pendlebury in what was a formidable lineup for opposing teams. The Magpies would lose just three games for the entire 2011 season, one of them being the Grand Final to Geelong. 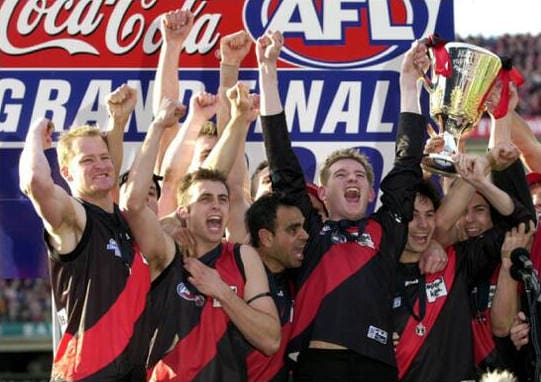 The 2000 Essendon lineup went the closest to achieving the much coveted perfect season that no team has gone close to since. The Bombers lost just one game for the entire season to the Western Bulldogs in Round 21, en route to the club’s record 16th premiership. Essendon’s 2000 team, led by the legendary Essendon duo of Kevin Sheedy and James Hird, guided a perfectly balanced side that was rarely challenged during in the 2000 season, shown in the club’s 60 point Grand Final victory over Melbourne and a huge percentage of 159 at the end of the home-and-away season.

The 2015 Dockers would top the AFL ladder at end of 2015, recording the club’s inaugural Minor Premiership off the back of an unbeaten stretch of nine games that began with a victory over Port Adelaide, the club who had knocked them from the finals race the season prior. Fremantle, off the back of the brilliance of Brownlow Medalist Nat Fyfe, would go close to securing the club’s first premiership, bowing out in a Preliminary Final to the eventual premiers in Hawthorn. The streak that started a dynasty for the Cats. Coming from a 10th place finish in 2006, Geelong would surprise all comers in winning their first premiership in 44 years, demolishing Port Adelaide by 119 points in the Grand Final after finishing the home-and-away season in first. The likes of Ablett, Bartel, Corey, and Selwood would reach elite status, propelling the Cats to further premiership successes in 2009 and 2011

The young Suns haven’t had much to cheer about in their seven-year history, has not yet registered a finals appearance, however, a five-game winning stretch in 2014 would rate highly as the most successful period in the club’s brief history so far.

2016 would be the year that GWS would rise from the canvas to become a real heavyweight of the AFL, after enduring a painful first four seasons that were littered with heavy losses. The Giants, backed by a host of young talent including Toby Greene and Stephen Coniglio would finish fourth in 2016, securing the club a maiden finals berth. They would nearly make it through to their inaugural Grand Final, narrowly falling to the Western Bulldogs in the Preliminary Final, a team who would go on to steal the premiership.

Hawthorn’s 12 games winning streak in 2013 would set the club on a path to rival the Brisbane Lions as the most dominant team in the 21st century so far. The Hawks went on to win the premiership, defeating Fremantle in what would be the first of three successive premierships that the club would secure. The Premiership team had stars on every line, from Norm Smith Medalist Brian Lake to Coleman Medalist Lance Franklin and Brownlow Medalist Sam Mitchell, along with All-Australian captain Luke Hodge, rounding out an impressive lineup.

In what is the most recent season that Melbourne has qualified for the finals, the Demons were able to make a fortress out of the MCG in 2006, winning eight games in a row. Included in this streak were victories over Fremantle, Collingwood and St Kilda, all reputable top eight teams challenging for the 2006 premiership. Featured in Melbourne’s 2006 lineup were Brad Green, Travis Johnstone, Jeff White and Russell Robertson, many of which featured in the club’s 2000 Grand Final loss, another successful period for the club in the era of the 2000’s.

North Melbourne would start 2016 like a house on fire, winning nine games straight to take the top spot on the AFL Ladder in what was the club’s best start to an AFL/VFL season ever. In 2014 and 2015 the Roos had made it all the way through to the Preliminary Final, and with the experience of club legends such as Brent Harvey and Drew Petrie along with stars Jack Ziebell and Shaun Higgins, North Melbourne seemed to be on the cusp of something big. However, it would all go down-hill for North, winning just three out of their final 13 games to limp into the finals in Eighth place, falling in week one of the finals to Adelaide. Harvey and Petrie would both be ousted at seasons end, with the club not opting to extend their contracts.

The start of a hugely successful period in Port Adelaide’s AFL history, with this eight-game winning streak from Round 8 to Round 15 2002 setting up the Power’s first of what would become three consecutive minor premierships, culminating in the club’s first AFL premiership in 2004. Heading Port Adelaide in 2002 where the likes of Gavin Wanganeen, Warren Tredrea, Matthew Primus and the Burgoyne Brothers in what was an impressive group of talent, coached by former Magpie and future premiership coach Mark Williams.

Richmond still lay amongst their most successful period of the 2000’s so far. After many lean seasons languishing around ninth or in the bottom half of the AFL ladder, the Tigers triumphantly rose back into relevancy with a roaring September that saw them take their first premiership since 1980. Lead by the likes of Trent Cotchin and Dustin Martin, Richmond have continued on from their terrific 2017 form, taking the 2018 minor premiership as they search for an elusive second straight premiership. Part of this rise has been due to the club’s terrific form at home- they have won 15 consecutive matches at the MCG, and they don’t look like dropping one anytime soon.

Nine seasons after Essendon’s remarkable 20 games undefeated spell in 2000, St Kilda nearly eclipsed the Bombers’ herculean effort by winning a club record 19 consecutive games from the start of the season. The Nick Riewoldt lead Saints looked to be on the march to claim just their second premiership, even defeating fellow undefeated rivals Geelong in Round 14 to continue their winning streak. Remarkably, it would be Essendon who would end the St Kilda’s record run, defeating them by two points in Round 20 and therefore keeping their record season intact. The Saints would have to wait for premiership number two, however, losing to Geelong in the 2009 Grand Final and Collingwood in the following season after a spectacular draw.

The Swans have had a very successful 21st century, having won two premierships and made five grand finals in the time period. However, the Swans’ best period of form so far in this era came in 2012, with a 12 game winning streak that would lead them towards a minor premiership. With freshly poached boom recruits Lance Franklin and Kurt Tippett in the form of their lives, the Swans looked undefeatable up until the Grand Final, where they were humbled by an enigmatic Hawthorn side after coming into the match as favourites.

The Eagles are another team who has enjoyed a relatively prosperous period so far in the 2000s, having won the 2006 premiership and qualified for a further two Grand Finals in 2005 and 2015 respectively. West Coast’s 2018 winning streak of 10 games, however, seems to be the club’s best period of form, as the current Eagles look towards a fourth premiership in 2018 lead by captain Shannon Hurn and coach Adam Simpson.

The Western Bulldogs came into the 2016 finals as a team that was far from favourites, having limped into the finals off the back of a loss to a lowly Fremantle in Perth. However, the Bulldogs would shock all comers, demolishing West Coast in the Elimination Final in Perth, before knocking out the triple-premiership threats in Hawthorn and then the GWS Giants in a Preliminary Final. Going into the Grand Final as supreme underdogs against the minor premiers in Sydney, the Dogs would produce a final upset, claiming their second premiership by 22 points. The Western Bulldogs had pulled off arguably the greatest September run in history, stealing the premiership from seventh place on the ladder.