The AFL National Draft has long been a crucial and intriguing part of the off season for not only the clubs doing the recruiting, but for fans looking at the next generation of young talent. The best undrafted players under 18 are selected into teams in the hope they will continue or revive their clubs fortunes and lead them onto the path to success. Who a team picks in the National Draft ultimately dictates their future, which is why making the right choice is absolutely crucial for clubs, as does the where in the draft these selections take place

That’s why we at Sporting HQ have collated the results of all the drafts this century up until 2017 to see what draft picks (other than that of the first round, including the much publicized first pick which undoubtedly delivers many of the game’s superstars) deliver the best future players in the competition.

*Players to be listed in order from 2000 onward

As star studded as a list could come. Of the 18 first picks selected since 2000 we have Brownlow Medalists, premiership captains, club legends, Rising Stars and record breakers that make up a truly elite group of players that together would make a formidable team. Riewoldt, Hodge and Goddard all managed to pass 300 games in their careers, while players like Swallow, Whitfield and Mcgrath look to be future developing champions in their own right.

Jacob Weitering currently isn’t living up to the hype and potential of a number one pick, but because he’s only 20 he’ll probably still end up with an illustrious career like the players before him.

Another quality group of players with plenty of hits, albeit with a few more misses than that of the number one picks. Players like Scott Gumbleton, Jack Trengove and even Harley Bennell struggled to find their best football across their careers, with flashes of brilliance showing why they were chosen so highly in the draft. However, some of the games current stars, like captains Jarryd Roughead and Trent Cotchin and elites like Stephen Coniglio, Nic Naitanui and Josh Kelly prove this list is still quite worthy. Once again, the scale of mediocre players increases (as is expected), although plenty of superstars can still be found at Pick 3 of the National draft. The league’s best player currently, Dustin Martin, sits among this talented list but undoubtedly stands out as one of the most notable selections alongside dual Brownlow Medalist Chris Judd and All Australian Ryan Griffen. Many of these players managed to play well over 150 games and were by all means terrific servants for their clubs, but no doubt wouldn’t be cast as legends of the game. Players like Alan Didak, Colin Sylvia, Lachie Hansen and Xavier Ellis- Exceptional, but not quite elite.

Some of the game’s most promising stars, like West Coast’s Josh Kennedy, Melbourne’s Clayton Oliver and Marcus Bontempelli of the Western Bulldogs make up the history of Pick 4’s, along with Richmond’s questionable selection of Richard Tambling over Lance Franklin that continues to puzzle fans 14 years on. A few players who were cut down by plaguing injuries make up this list, like Matthew Leunberger, Andrew Morabito and Graham Polak, which undoubtedly stunted their career aspirations, as we as fans are left thinking what could have been.

Lance Franklin, the player of a generation and the last man to reach 100 goals in a season, accompanied by Norm Smith Medalist Scott Pendlebury and All Australian Travis Boak are the crown jewels in what is another impressive list of talent. Kade Kolodjashnij, Jordan De Goey, Darcy Parish and Will Setterfield are also players who look to be heading in the same direction as these greats in the future.

A fairly nonchalant list without any real bona fide stars. Chad Wingard stands out as the pick of the bunch, along with other excitement machines such as Chris Yarran, Gary Rohan, Jack Macrae and Ashley Sampi.

A listed stacked with talent. From premiership stars David Hale, Andrew Mackie and Josh Caddy, to tough midfielders like Jordan Lewis, Ollie Wines and Joel Selwood, Rising Star duo Rhys Palmer and Daniel Rich and  developing weapons James Aish, Nick Haynes and Jacob Hopper, this is one draft selection that has delivered champions over the years.

Brownlow Medalist  Jimmy Bartel and Essendon captain Dyson Heppell are the stand outs in the history of this selection. Developing big men seem to fill this selection’s history, with talls like Ben Reid, Lachie Henderson, Ty Vickery, John Butcher, Peter Wright and Griffin Logue being drafted in to there respective clubs at pick 8.

“Big Boy Mcevoy” and North Melbourne captain Jack Ziebell stand out as the big performers from the group of pick nines, along with the consistently unlucky Mitch Clark.

Midfield weapons Steele Sidebottom, Toby Greene and Shaun Higgins stand out as the stars of the pick 11 bunch, along with opportunists Troy Menzel, Larke Medalist Dom Sheed and Jason Winerlich. Oliver Florent of Sydney also looks to be player who will be a champion in the future.

Melbourne captain Nathan Jones and rebounding Carlton defender Sam Docherty are some of the best selected at pick 12, along with a string of Hawthorn premiership players such as Norm Smith Medalist Cyril Rioli, Shaun Burgoyne and James Frawley.

A list not as stacked for talent as some of the other previous picks, still with some solid defenders like Robbie Tarrant, Lynden Dunn and Troy Chaplin along with premiership players such as Brandon Ellis and Daniel Rioli.

Showdown combatants Jasper Pittard and Matthew Lobbe of Port Adelaide and Scott Thompson and Richard Douglas of the Crows, along with Hawthorn premiership stars Rick Ladson, Stephen Gilham and Ryan Schoenmakers and young guns Harrison Himmelberg and Jackson Thurlow make up the best of pick 16. 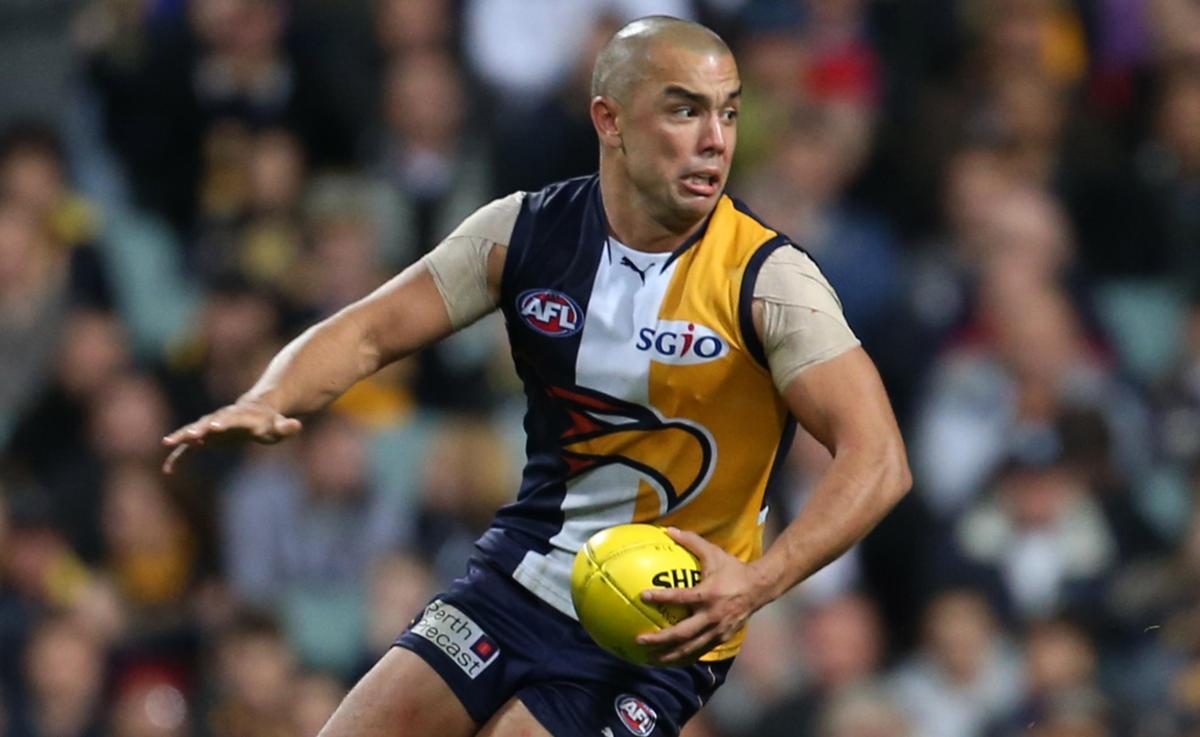 Pick 18 stands out as a gold mine at the end of the draft’s first round. Players like Daniel Kerr, Alex Rance, Luke Shuey, Brodie Gundy, Luke Dunstan, Isaac Heeney, Jade Gresham and Sam Powell-Pepper all were selected at pick 18, creating quite an elite cast of players relatively later in the draft than expected.

The first pick of the draft’s second round has produced some guns, with the likes of David Mundy, Shaun Grigg, Callan Ward, Issac Smith and Blake Acres all making up the best of pick 19.

Brownlow Medalist Nat Fyfe and Port Adelaide champion Kane Cornes stand out as the two big names out of the pick 20’s, to go with a string of questionable Richmond draft selections. (Dean Polo and Tom Hislop anyone?)

From the cluster of pick 21’s ball magnet Tom Mitchell and goal sneak Hayden Ballantyne have emerged as the greatest of a relatively mediocre set of players, which is to be expected as we edge past the first round of selections.

Another inauspicious group of players, with Geelong’s Scott Selwood and solid Western Bulldogs defender Jackson Trengrove standing out from this group of picks.

The best of pick 23 are 300 game forward Drew Petrie, midfield generals David Zaharakis and Matt Crouch along with the brave Tom Lonergan, which tends to imply that most clubs picking at number 23 at the draft choose well.

Pick 24 has yielded plenty of talent, with the likes of Steve Johnson, Nathan Van Berlo, Jamie Cripps, Jake Carlisle and Billy Hartung all coming from the selection.

Jack Redden, who has found form for 2018 at West Coast, and St Kilda ball magnet Seb Ross look to be the best picks out of all the pick 25’s, in what is a list that arguably is filled with mediocrity. 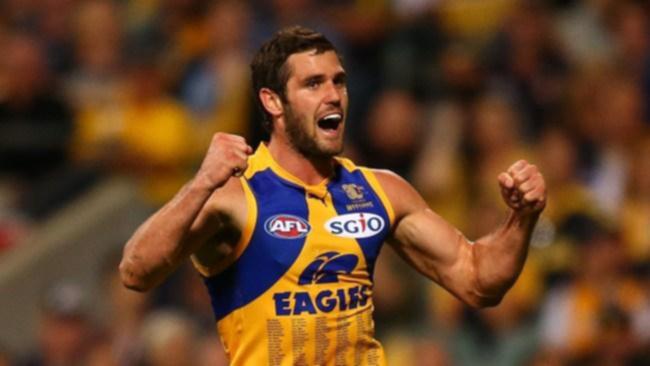 At pick 27, we have All- Australian full back Ted Richards and developing youngsters Darcy Tucker and Zac Fisher who stand out as the best selections of their bunch,in what overall seems to be a selection that has been moremiss than hit.

An an unusual selection with an interesting history. NFL punter and booming kick Sav Rocca, was selected by North Melbourne at pick 30 after being delisted by Collingwood the previous year, a similar fate which befell 2002 number two pick Luke Ball, who was traded to Collingwood from the Saints in late 2009. Of the modern day players, midfielders Dan Hannebery and Elliot Yeo stand out as the best of the bunch.

The first round of picks yielded plenty of star players, especially from 1-10, which obviously is expected because most of the better players in the pool of draftees are snared early on. However some later picks were able to pick up plenty of bona fide champions of the game, with picks 26, 29 and 30 certainly coming to mind as being well selected later picks in the draft’s history since 2000.

When it comes to the best though, you can’t go past pick number one. Nearly every player picked first in the draft since 2000 has gone on to play over 150 games, along with an All-Australian selection and for many, even a Brownlow Medal. Outside of the obvious, Pick 18 looks the best. At the toe-end of the draft’s first round it seems many clubs have been able to steal champions at this selection, as is shown by the vast talent boasted from the pick’s alumni.

We’d love to hear what you think. Tell us what draft selection you think has delivered the best superstars in our poll below.